What’s in store for gold stocks?

As a safe-haven, investors often turn to the precious metal in times of political uncertainty, volatility, high inflation and currency instability.

The anticipated increase in the demand for gold can be attributed to the concerns over US growth, a weakening US dollar, Brexit, the US’ widening budget deficit, the looming China-trade war – to name a few.

There is also a growing demand from China – with the World Gold Council stating that China is the fastest growing market for gold.

Gold is often gifted for to younger family members for special occasions and it also has a role in the Chinese New Year.

But when there is a finite amount of gold to go around, this is a healthy increase.

The World Gold Council estimates that the total amount of gold ever mined was 187,200 metric tons – although reports on this figure vary widely.

Over the past five years the price of gold has barely budged – recording a mere 3.9 percent difference. However, it has made a rebound, increasing by 21 percent since January 2016 when it hit a five-year low.

It’s a different story over ten years – with the price increasing by 36.75 percent.

Where does the demand come from?

Gold is used in a whole manner of things. It’s a conductor and is used in technologies such as circuits for the transmission of data.

According to the World Gold Council, a single mobile device contains up to 50 milligrams of gold.

It’s also resistant to corrosion and a highly effective reflector of infrared radiation– it’s this quality that sees it fitted to space ships to hep stabalise temperatures onboard.

It has a low toxicity and is even used in the medical industry – sometimes in anti-arthritis drugs and treatments.

Then there’s the use in the dental industry – due to its bio-compatibility.

And finally, its shiny – making a nice decorative.

Jewlry is by far still the largest industry for gold and gold sheets are used in artwork and buildings. 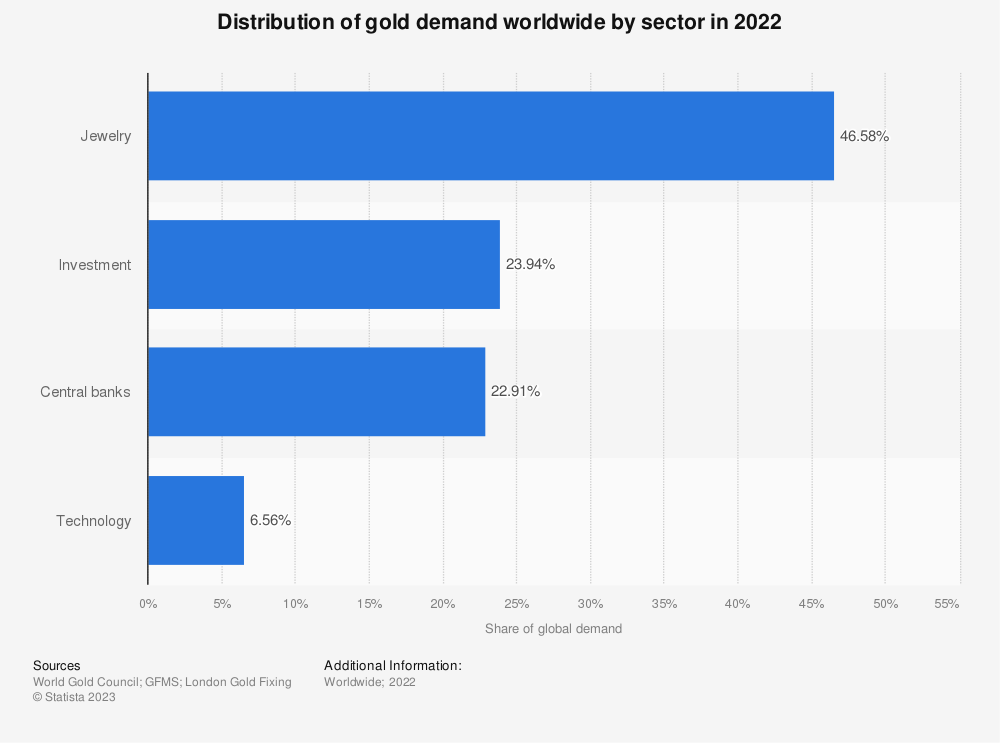 The World Gold Council said that in Q3 of 2018 there was a rise in consumer demand of 13 percent.

The largest rise in demand for gold came in the form of bar and coin – in Q3 2018 this rose by 28 percent year-on-year.

Do these gold stocks have the Midas Touch?

It was reported that Australia achieved a record gold production in 2018 of 317 tons – indicating its gold reserves are far from depleted.

But it’s not just the large caps that are in line to reap the rewards.

Here is a list of the small cap gold related stocks on the ASX that could stand benefit.

This content does not constitute financial product advice. You should consider obtaining independent advice before making any financial decisions.